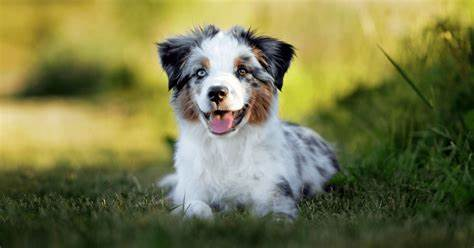 Australian Shepherds have been winning the hearts of people for a long time now and they will certainly continue to do so. Since you are here, I am quite sure that this breed has won your heart as well, and I can absolutely understand why. There are a lot of amazing reasons why people decide to get this breed and I suppose that you have your own. If you’re still trying to decide if this is the correct breed for you, this website can be of help.

In addition to learning all of those basic information that you will absolutely need to know if you get an Aussie, such as the info regarding their general health, their exercise needs and similar things, it would be a good idea for you to get some fun facts about this breed as well. Those fun facts will help you get to know your future or current dog much better, which will probably lead to you understanding it better and thus taking good care of it. Plus, they are fun, and we all like learning something fun from time to time.

Of course, I am not trying to say that you should skip getting the basic information about this breed if you are thinking of getting it and that you should rely only on these fun facts. You most certainly need to know all about the health of this breed and all of its needs that will need to be met in order for the animal to stay healthy, as well as happy. Still, we cannot deny the fact that these fun facts will also shed some light on the personality of this breed, which will also be quite helpful. So, let us get started.

Whenever someone mentions Australian Shepherds, our first instinct is to assume that they are, well, Australian. It is a completely logical assumption to make, so it’s no wonder that far too many people live with this misconception in their minds. Yet, it is nothing but a misconception, as these dogs aren’t originally Australian. In fact, they are said to come from the Basque region of Spain.

If that was surprising, wait until you read this: https://list25.com/25-surprising-australian-shepherd-facts-you-might-not-know/

You are now probably wondering why on Earth would they be called Australian if they didn’t originate in that country, so let me quickly explain that to you. Basically, the Basque shepherds took these dogs with them first to the country of Australia and afterwards to the United States of America. Given that they came from Australia to the United States, the Americans started calling them Australian Shepherds. That’s the entire mystery behind the name.

Speaking of things that will always remain a part of these canines’ history, there is another significant and fun fact that you need to know. In simple words, Native Americans used to consider them sacred and they called them “ghost eye”. This is because Aussies sometimes tend to have pale blue eyes – a color that is often called ghostly. This gives them a rather astonishing look that is bound to mesmerize everyone.

Since we are on the topic of the color of their eyes, there is another interesting thing that you might want to know about these animals. Aussies are among a few breeds that commonly have heterochromia. This means that their eyes can be of different colors, and there are various different combinations that come into play here – combinations of blue, brown, amber, hazel and green eyes. There are even instances in which an Aussie can display more than one color in the same eye.

If you take some time to have a look at the holistapet dogs page that thoroughly explains the appearance and the personality of this breed, one of the first things you will learn is that this dog naturally has a long tail. That is a norm and it is to be expected whenever an Aussie puppy is born. Yet, in some rare cases, the puppy can surprise you and be born with a bobbed tail. This is actually not that rare of an occurrence. In fact, one in five Aussies can be born with a bobbed tail and the history of this breed tells us that they have sometimes been called Bob-tails due to this fact.

Now, this might not be that fun, but it is certainly important for you to know, especially if you are trying to determine if this breed could be right for you or not. In short, Australian Shepherds tend to shed quite a lot and you should be prepared for that if you are planning on bringing them home. Yet, regular grooming and brushing, that you can do at home, will help you prevent the hair from ending up all around your home.

How are online cakes more dependable to people?

How Outsourcing Services Help You Save Operational Costs

4 Ways To Streamline The Business Operation

Top Five Advantages of Going Paperless In Your Business

How To Spread The Words About Your Brand With Custom Packaging Boxes? 6 Handy Tips

Ingenieur Collection by IWC: The Best Watch of Men