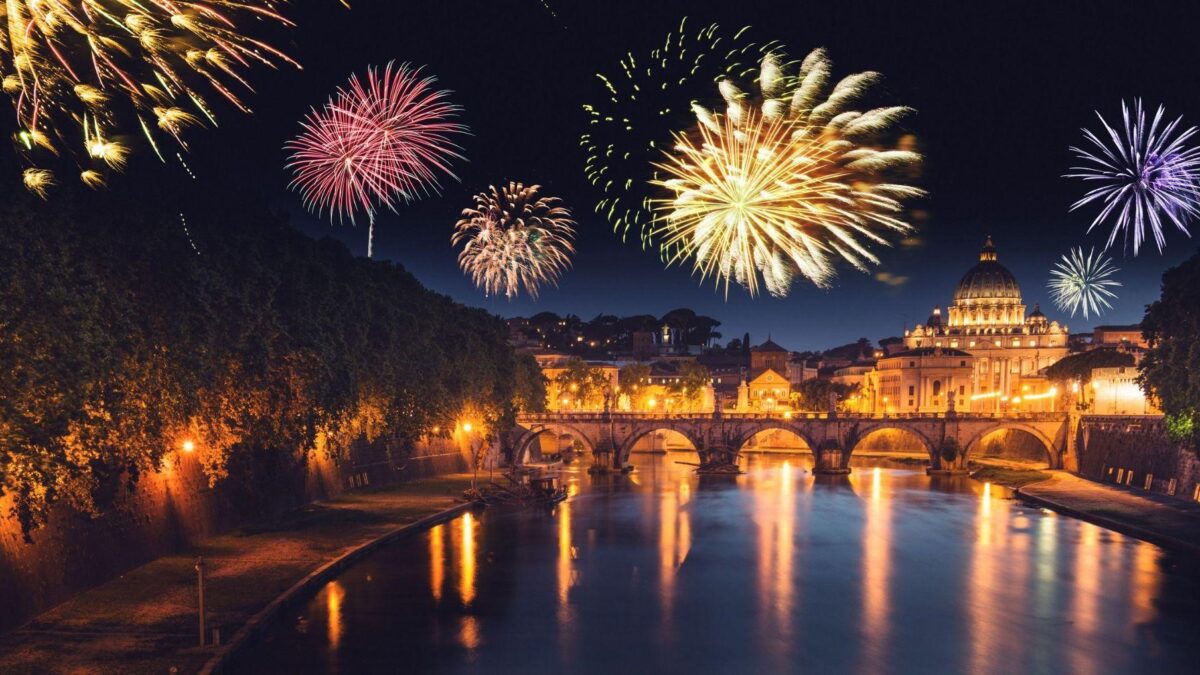 Our lives are filled with celebrations and holidays as they represent the time of year when we can relax, laugh, and spend time with our loved ones leaving behind our hectic work schedules.

Religious, corporate, and cultural events abound during December. We celebrate various holidays throughout the year, but December is famous for its global celebrations.

This month unites the world as it is devoted to religious celebrations, but people from all over the world await this joyful month to celebrate the New Year together.

In a year, there are many holidays, but December has its charm. You will be astonished by how this month consists of unique global celebrations that you will never hear about anywhere else.

Some December global holidays in this particular month have different cultural and spiritual values. Still, there is no harm in feeling and celebrating the true essence of humanity for the well-being of society.

In December, there are a bunch of global holidays, but today we’ve featured the top 10 exciting December global holidays. You can explore some iconic December activities, trends, symbols, cultural norms, and celebrations from around the world in this article.

Date to celebrate: from 28 November to 6 December

Reason to celebrate: In honor of the rededication of the Second Temple in Jerusalem

Marked location: It is celebrated by various Jewish and Israeli communities around the globe.

The Jewish community celebrates Hanukkah in memory of their rededication of Jerusalem’s second temple after the Maccabean revolt.

Hanukkah is celebrated uniquely. People light up the candles for eight straight nights, in addition to singing memorable songs such as Chanukah Chanukah and Maoz TzurVacations.

The essential part of any festival is the food, so they eat different kinds of potato pancakes, sufganiyot, and oil-dried foods during this period.

As part of the Hanukkah celebrations, gifts are exchanged. Hanukkah takes place from 28 November through 6 December. According to the Jewish calendar, it begins on the 25th of Kislev, which corresponds to the 25th day of the month.

Reason to celebrate: To observe the birth of Jesus christ

The festival of Christmas is celebrated annually on the 25th of December by Christians. During this day, Christians celebrate the birth of Jesus Christ, where different denominations believe that Jesus Christ is the last true prophet sent by God to save humanity from destruction and sins.

However, the specific date of Jesus’ birth remains unknown. Surprisingly, non-Christians also celebrate Christmas as a cultural event. Rather than a religious holiday, Christmas is celebrated more as a cultural festival.

Christmas includes leaving gifts for Santa Claus or Father Christmas and decorating homes with yuletide symbols such as lights shining brightly from atop festive trees.”

Additionally, according to Statista, almost 80 percent of U.S. shoppers will buy gifts for their families in 2021, making this the most popular group of recipients of gifts. Just under half of those surveyed intend to buy a present for their friends or significant other.

The theory behind giving gifts at Christmas is unique. It symbolizes that their gifts are given to Jesus by the three wise men. Christians visit the church on Christmas to fulfill their religious rituals. Christmas lasts for five days until the new year begins. Vacations on Christmas holidays are very common across the globe.

Marked location: Germans and Scandinavian communities in Germany and around the globe.

The ancient festival of Yule has been celebrated for centuries by the Germans and Scandinavians. It comes from Pegaan roots, which honors the Norse God Odin, in particular, to celebrate this time-honored tradition during the winter solstice and now known as yuletide.

However, there are still many customs associated with it. People spend the whole night outdoors lighting massive logs on fire!

The festival has similarities with Christmas. People planned candlelight dinners, exchanged gifts, and ate other feasts to cherish their days. Most people also mark this occasion by building a Yule altar, making an evergreen Yule wreath, or giving back to Mother Nature.

Reason to celebrate: To praise African cultural and moral values.

Kwanzaa is the global holiday in December that Africans mainly observe to honor African values and is now primarily celebrated in the United States. Kwanzaa was first introduced by Maulana Karenga, who believed that Christmas showed some discrimination against Black people.

He came up with this festival’s name — Kwanza — which comes from the  Swahili language and means first, as well as the phrase “matuda ya Kwanzaa,” which means “first fruit.” His purpose was to give respect to all black people and promote appreciation for their culture.

This celebration originated during the Watt Riots in Los Angeles in 1966.

This festival marks the culmination of the holidays of the African people. African cloths such as kente and other African fabrics are used to decorate households.

There is frequent discussion of the principal values of their ancestors. Non-Africans also celebrate Kwanzaa as the festival encompasses different songs and delicious food.

Reason to celebrate: To highlight the struggles and issues of AIDs survivors.

The most dangerous disease for humanity is acquired immune deficiency syndrome. People who have aids are often reluctant to talk about their conditions and what they suffer from. James W. Bun and Thomas Netter organized world aids day to raise awareness about the spread of HIV.

Many people take part in different campaigns worldwide, and people who have survived AIDS speak about their struggles without any fear or reluctance.

Read More : WatchCartoonOnline | What is the New Website of WCO?

The month of December is renowned for its holidays. Boxing Day is recognized to thank various people, such as errand boys, postal workers, laborers, and other servants, for their commendable service to society throughout the year.

In the United Kingdom, this day is considered a public holiday. Different countries like Canada, Australia, New Zealand, and the United Kingdom celebrate this day by hosting sports events like soccer, football, horse races, rugby league, etc. As a result of the large shopping ratio on this day, black Friday-style sales are pretty standard during Boxing Day.

Reason to celebrate: Japan’s new year’s eve and a fresh start for the year.

Omisoka is a traditional Japanese holiday in which “miso” means the most incredible thirtieth day of the lunisolar calendar. The purpose of celebrating this festival is to leave behind their past, sins, and evil spirits. Traditionally, this day is celebrated before new year’s eve, when people gather with family and friends.

The tradition of this unique festival begins when people gather one last time in the old year to have a bowl of traditional Japanese long noodles called ToshiKoshi soba. People take baths, clean their houses, and pay off all their debts to relax during the upcoming days.

The Japanese people take part in this tradition wholeheartedly and often visit temples and shrines—the Japanese visit religious places to have a happy and prosperous new year.

Reason to celebrate: To praise and honor the martyr Santa Lucia.

As part of this holiday, people remember the Christian martyr St. Lucia, who was martyred by the Romans due to her religious beliefs. The celebration of Santa Lucia is typical in Scandinavian countries such as Sweden, Norway, and Finland.

In recent years, St. Lucia has been considered a figure of light in the darkness. People perform a procession on this day; in current years, each village, St. Lucia, is pretty Fridayected by their people. The young girls wear white cloths and wreaths on their heads, and the boys wear white pajamas and costumes as they march with white candles in their area.

People also sing traditional songs in honor of St. Lucia. The main motive of this day is to prove that the light of hope is still there to beat the darkness. The daughter elected as St Lucia serves their different family foods such as baked beans, coffee, and lussekatteer known as saffron bread.

Celebrants: everyone around the world

Reason to celebrate: For the beginning of the new year

The new year is a time for celebration for all people around the world.

New Year’s Eve is celebrated on the 31st of December, according to the Georgian calendar. It is a celebration that is open to everyone regardless of race, class, or culture.

Peace and harmony are the sole objectives of this day. People celebrate in their unique ways. Others wish to celebrate by praying in their religious place, while others enjoy a night out at a club or dining in a restaurant. Sparkling fireworks, songs, and gatherings around the globe mark the start of the new year.

On this day, many people make resolutions for the upcoming year, and everyone shares the same feelings of peace, harmony, joy, and happiness. The beginning of a new year isn’t just a change of the calendar. It is also the beginning of a new life, passions, and motivation for us.

Reason to celebrate: against Christmas commercialism

This global holiday gained notoriety in 1997 due to a famous episode by Sinfield known as ”THE STRIKE”. The majority of people celebrate Festivus to raise awareness about Christmas materialism. Instead of buying expensive Christmas trees, they stand alongside a plain aluminum pole.

Their primary purpose is to eliminate unnecessary Christmas shopping. The tradition includes practices such as “Airing of Grievances” and “Fights of Strength,” so many people call it an anti-tradition movement, although it has become more mainstream in recent years.

A world filled with drama and intrigue, yet there’s also an undercurrent of joy. You’ll be amazed to see how these weird days exist alongside many countries around the globe celebrating their crazy holidays!

Here is a list that includes some exciting festivities:

21 December: Look on the bright side day

December is about celebrating the year that’s gone by and honoring those who have made it worthwhile. As such, there is a wide range of global festivals to choose from that can truly indulge in your favorite flavor of festivities!

December is a particular time of year. It marks the end of one calendar and the start of another, with many celebrations worldwide – from religious holidays to cultural festivities.

Festivals are a way to bring people together and celebrate. They have an origin that speaks for themselves, so it’s essential to take the time this year to enjoy some of these celebrations with friends and family.

Here are the top ten famous December global holidays that people celebrate globally in December or during this festive season! Which festival do you enjoy most? Let me know in the comments below!

Signs Indicating Your Hydraulic Pump Needs To Be Repaired

Water Rentals for your Fun Vacation

How To Know If It Is Time To Replace Your Front Door?

Reasons to Not Skip Water Sports

Tips On Choosing The Best Commercial Cleaning Company In Toowoomba

How Long Does Mold Removal Take?