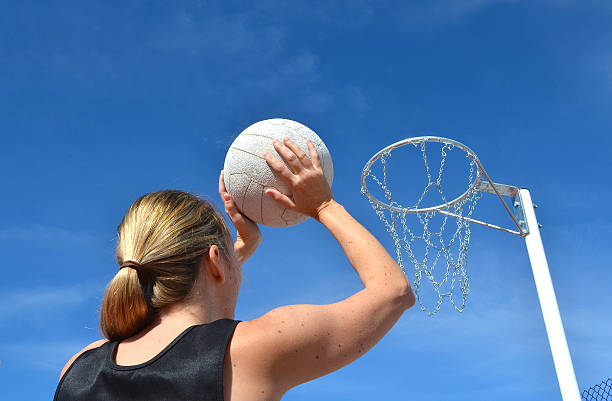 How To Choose Netball Equipment Online?

Are you playing netball socially or as a team sport? Either way, you need to buy stellar netball equipment online. This fun game requires the right equipment and tools to ensure you get the best out of the game.

You might be surprised to know that over 340,000 Australians are registered to play netball. You need the perfect equipment to play netball to join this registered rank, isn’t it? Of course, you need a team or join a team. This article will tell you how to choose the right netball equipment online. So, read on and become a registered netball player soon.

Choosing the right netball equipment is vital to ensure you avoid any injury and can play the game to the fullest. So, you need the right gear and of top quality. Here is the netball gear you require, along with tips to choose them:

While playing netball, you need ideal clothing to ensure you can play comfortably and move around the court smoothly. To play netball, you don’t need expensive clothing. However, ensure you have the following:

The netball ball is a crucial piece of equipment to purchase. You need a ball that is lightweight of the perfect size. The netball ball should be 69-71 cm in circumference and weigh 0.4-0.45 kg. Usually, the ball for netball is white coloured and is slightly soft in construction compared to the basketball ball.

When you play netball, you need the best goalpost. The goalpost is placed at the midpoint of each goal line and is generally a vertically tall one. Ideally, it should be 0.35m high and have a metal ring of 38cm internal diameter with a hanging net. Plus, there is no backboard on the netball goalpost.

To score a goal, you shoot the ball through the rim.

Any sport can cause injuries when you play at the moment. To avoid such injuries, you need appropriate support gear. You need gear like knee guards and ankle guards for netball to prevent any injury. Ensure you buy good-quality, durable and effective support gear.

Netball is played similar to basketball. However, netball consists of a team of 7, and there’s no dribbling or holding of ball involved. The game is fun and a spectacular de-stressor. To ensure you have fun and avoid any injuries, you need to choose the perfect netball equipment pieces.

You need to have the perfect comfortable yet well-fitted clothing, your shoes should offer ideal movement, and your netball bib should have clearly indicated positions. Further, you must choose a 69-71 cm circumference ball that is lightweight. Plus, you must choose a vertical goalpost that is 0.35m tall and some support gear to prevent injuries.

So, hunt for the perfect netball equipment online and register as a netball player soon.

How is BCAA Beneficial for You?

All you need to know about skater dresses

BORED OF NATURAL HAIR? HAIR EXTENSIONS ARE THE SOLUTION – THE NEW GAME CHANGER IN TOWN

How to Trade Bitcoin and Dogecoin in 2022

What are the Benefits of CBD Capsules