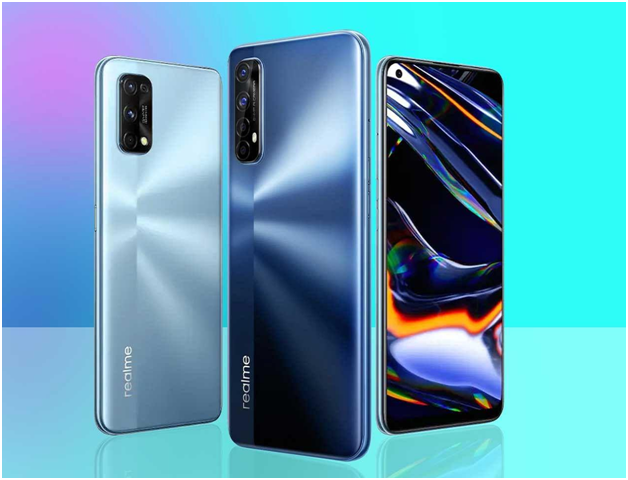 Leading 5 Realme Smartphones at a Glance

One of the top-selling mobile phone brands, Realme, was created in 2018. However, the Chinese upstart has soon managed to shake up the mobile industry with its unique range of high-speed smartphones at affordable prices.

However, such a speedy development is part in thanks to Realme’s connection to Oppo – Sky Li, the Realme founder, was Oppo’s vice president earlier. That’s what has allowed the brand to build as many phones in a short time and helped develop a foothold in competitive markets like India.

Like Oppo, Realme has recently pushed itself into the European market and has expanded the product portfolio beyond only its range of smartphones. The brand has also started manufacturing and including advanced wireless headphones and best-in-class smartwatches as well. Realme phones are known to be offering a compelling performance/price balance, focusing on folding a plethora of premium features into a gadget at a price point users typically do not expect. One can search for Realme mobile under 10000 and get a host of options that will meet their demands. Here are the best mobile phones that Realme has to offer. We have covered super-affordable to cut-price flagship phones.

The Realme 8 Pro is a smartphone that aims to raise the brand’s camera credentials, leading with a main camera of 108Mp. The phone also boasts a 60Hz AMOLED display along with 50W wired charging facility. The mobile phone does achieve its intended purpose. It also happens to be a well-balanced and affordable mid-ranger with a killer feature that sets itself apart from other phones in the remaining Realme’s lineup.

Realme 7 does not come in Realme mobile under 10000 category, but it is pretty close. The mobile looks great works fast and comes with a 90Hz display for a low price. We recommend that users spend little extra money for additional RAM than just 4GB. Otherwise, Realme 7 offers a strong performance besides an attractive design. Realme 8 has launched since, but for the moment is not available in the UK. This is why the 7 is the model to opt for.

Realme’s first-ever 5G advanced mobile model is an affordable device that does not skimp on unique high-end features and specs. Although, indeed, the Realme X50 Pro does not host aspects such as IP water resistance or a slim body, however, it sports 5G, a world-class Snapdragon 865 chipset, 12GB of RAM, faster UFS 3.0 storage, and 65W ‘SuperDart’ fast charging that manages to reach 60% charge in 15 minutes and have the phone fully charged in 35. Best of all, the X50 Pro costs half that of top-tier Android high-end phones available in the market.

Users must not mistake the Realme 7 5G as a repeat of its standard model with a 5G modem. While it shares an identical camera setup, everything else from the processor to display – is overhauled. With a 120Hz LCD, this is a 5000mAh battery mobile with ‘Dash Charge’ (30W) fast charging. This model is also the first to be equipped with MediaTek’s Dimensity 800U chipset. These features make this Realme phone impressive, powerful, and, of course, affordable. It is also one of the top-rated and cheapest 5G phones available in the market.

Many users who have bought the model mention that even though the Realme 7 Pro is relatively pricier, the phone is certainly value for money.

The phone comes with a 60Hz display along with 4500mAh battery while the Full HD screen’s resolution remains the same. The phone, however, comes with a gorgeous OLED panel as opposed to the LCD, while enhanced power efficiency indicates that battery life is better.

65W fast charging is a joy to behold while Snapdragon 720G processor is known to deliver significant performance. If fast charging is one of the major features you are looking for, then 8 Pro is the best fit for you.

As the phone’s name implies, this Realme X3 SuperZoom gets its name from a versatile camera – one that users would not be expected of given the phone’s price. It offers one of the most capable camera experiences for any other phone in the same category. Another notable feature is the enhanced Night mode that is comfortable in the space as titans such as Google’s Pixel mobile models. This Realme phone relies on advanced-class hardware in Snapdragon 855+ chip. The mobile also sports 30W fast charging as well as a smooth 120Hz high-refresh-rate display.

Users can find other exciting Realme mobile under 10000 in Bajaj Finserv EMI Store. Most of these phones boast advanced features like a faster RAM and 5000mAh battery mobile. Bajaj Finserv EMI Network Card holders can opt for same-day delivery and No Cost EMI on zero down payment on selected models.

Things You Should Prefer While Making an Animated Text Video

Are You An Aspiring Vlogger on YouTube? Read This!

What are the benefits of using a PAX 2 Vaporizer?