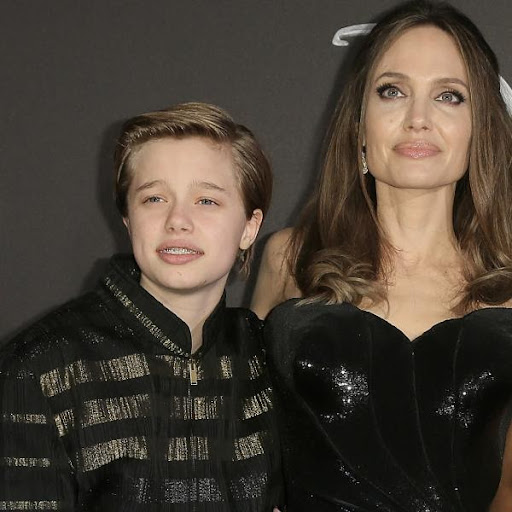 Being the daughter of Brad Pitt and Angelina Jolie, Shiloh Jolie Pitt has been quite famous amidst the masses since her birth. Born on the 27th of May in 2006, Jolie is fifteen years old, and continues to shine. At her birth, she got a cover photo in the People’s magazine. Her siblings include brothers Maddox, Pax, and Knox while Vivienne and Zahara are her sisters. When Shiloh came into being, she already had loving siblings at home who were waiting for her to come home she started growing up adapting a lot of her parents’ physical features like blonde hair, and blue eyes.

Read More About : Facts About JOE ROGAN Net Worth And Their Family

Her uncanny resemblance to her mother, Angelina Jolie, leaves everyone awe-struck. Her mom strongly believes that Shiloh’s character and personality is a lot similar to her own. At Vanity Fair in 2010, she stated that Shiloh Jolie Pitt was “goofy and verbal,” which she explained were “early signs of a performer.” She added, “I used to get dressed up in costumes and jump around. But at some point, I got closed off, in a much darker, petrifying way…. Then, as I had kids and got older being goofy, easy-going and lighter it all came back.” She said,

HER STEP AHEAD INTO THE SHOWBIZ WORLD:

Shiloh’s career started at mere ten months of age, where she was casted as a baby in the film “The Curious Case of Benjamin Button.” She starred in a scene with her father, watching a balloon fly away. When Shiloh was about two years old, she would tell her parents to call her by the name John or Peter, these names were intriguing to her back then. Her parents were all firm and ready to accept this request of hers and called her by these names. Brangelina had no problem with what preference their child chose.

She has continued to influence her mother’s decisions of choosing films like “the one and only Ivan” as Angelina told how her daughter adored the novel and wanted to implicate it to be as pure as possible. She also attended several movies and event premieres since her childhood. Her style and way of dressing up has always been top-notch since the beginning.

The 15-year-old stepped onto the red carpet in a printed black-and-white Dior dress from the house’s fall 2019-2020 collection two years after her actress mom, 46, wore that dress to a global press conference for Maleficent: Mistress of Evil in Los Angeles. She wore black flat shoes along with silver hoop earrings with this dress altered, on her mother’s big day. However, this just wasn’t the first time Shiloh altered one of her mom’s dresses, to re-wear them either. Shiloh also wore her mother’s dress that Jolie wore at a “Women for Bees” function in July 2021 for the U.S. premiere of the movie “Eternals.”

Read Also : All You Need To Know About Lil Uzi Vert Net Worth

Whether she’s wearing a hoodie or a dress, whether her hair is bunned, or cut short, she has given us evidence that she can rock just about anything on the red carpet. Making Angelina Jolie to be the coolest mom ever for allowing her kids to wear her apparel.

In 2015, she went on a trip to southeastern Turkey alongside her mother on account of World Refugee day. Shiloh also took a trip to Lebanon, here; she had spent her time with a Syrian girl named Hala, who became an acquaintance at the previous trip for UNHCR. Her mother continues to instigate compassion and make a difference with her help on humanitarian grounds and Shiloh amazes everyone by following her mother’s footsteps.

HER CHANGE IN OUTLOOK:

From a young age, Shiloh Jolie Pitt has continued to wear gender-neutral attire. It was not until during the pandemic that she changed her style completely from Sporting denim cut-offs, pierced ears and long locks tied up in a bun. Many of the people were left astonished when her parents regarded her as a son and called her by the name John, in an interview. Shiloh may be growing up quickly and changing her style but her accentuating bond with sister Zahara, her sister continues to be consistent throughout. From red carpet appearances to shopping together, the two seem to be really close to one another.

In an article for International Women’s Day for Time in March 2020, Angelina Jolie spoke up about the fact that Shiloh Jolie Pitt and Zahara Jolie-Pitt both had undergone surgery. Although it was not publicized what Zahara was operated for, Jolie stated that she looked at Shiloh to go through a hip surgery. In accordance with Page Six, Brad Pitt was reported to have missed the BAFTAs (the British Academy of Film and Television Arts) in order to support his daughters and be by their side during this time, and help them in a speedy recovery.