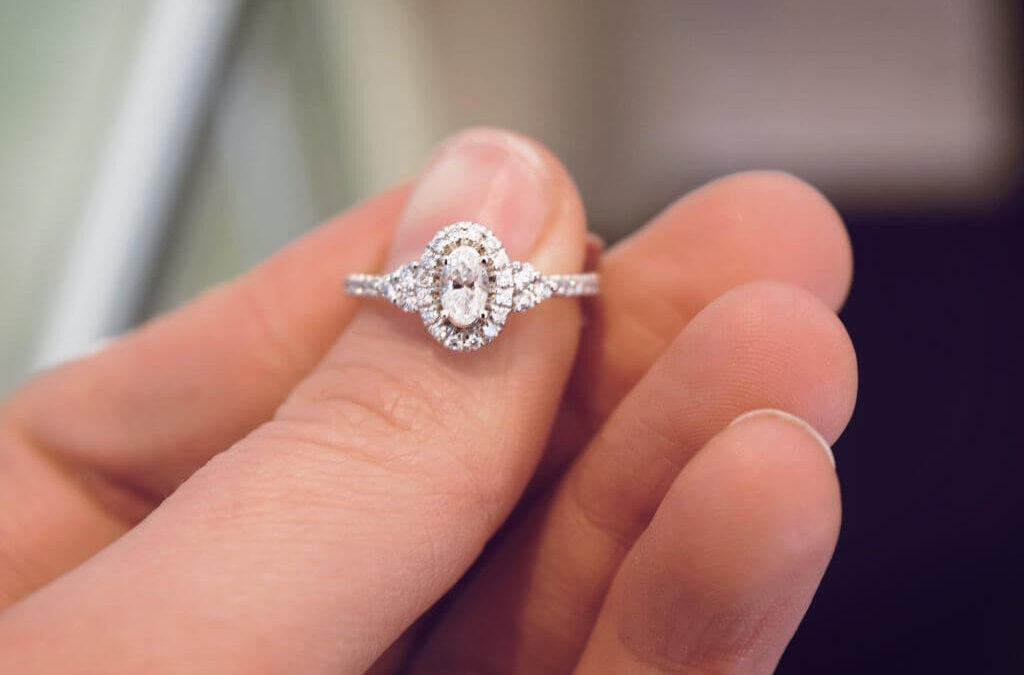 One of the most momentous occasions in a woman’s life is her engagement. That means she is ready to spend the rest of her life with her significant other. It is indeed a page-turner in a woman’s life, which is why engagement rings make the occasion much more memorable.

Many women in history have their engagements publicised and romanticised by history, and by every celebrity getting engaged, their rings are also part of the spotlight. Either because of the design or the ring’s significance, history has seen its fair share of engagement jewellery that became the standard for the women and engagement of the time.

This article talks about three of the most popular engagement rings in history and how each ring influenced a generation of young women, and their views on engagement and marriage in general.

Her engagement ring had mystified and left many women in awe when it was first seen in public. The ring comprises 14 diamonds that surround a huge 12 carat oval Ceylon Sapphire in blue, which is also set in 18 karat white gold. Then Lady Diana Spencer was engaged to Prince Charles of Wales in 1981, which propelled Diana’s name to mainstream attention.

It was supposed to be a lovely start to a fruitful union, but Charles’ insecurities over Diana’s growing popularity and his own adultery with Camilla Parker-Bowles ruined everything for Diana and their children.

The ring was not seen for a long time until 2010 when Prince William proposed to Catherine Middleton in Kenya with the same ring that his mom owned. According to Prince William himself, it is his way of including his mother in one of the biggest decisions in his life, showing how important she was to her son.

Unlike Diana, Catherine, now Duchess of Cambridge, happily lives her life with William and their three healthy children.

The prince had given her a stunning Cartier emerald cut-diamond ring of 10.48 carats, flanked by two resplendent baguettes. A highly publicised wedding soon followed, and they were married for 28 years with three children before her life was tragically cut short in 1982 due to a road accident.

Wrapping up this shortlist of iconic rings is the one of Jackie O. She met then-Congressman John F. Kennedy when she was working as a columnist and photographer for the Washington Herald.

After two years, he proposed to her with this magnificent 2.87-carat diamond and 2.84-carat emerald engagement ring to signify his endless love for her.

Jackie said yes, and she became the First Lady of the United States when her husband won the elections. But, unfortunately, their happy marriage was dramatically cut short when he was assassinated in Texas in November 1963.

Back then, it was common practice to signify an engagement with an engagement ring to commemorate the momentous occasion. However, these high-profile individuals raised the ante with their stunning entries, and now many women dream of receiving rings like theirs for their engagements in the future.

Is Collagen Supplement Good for Your Body?

Everything You Need To Know About SQL Injection Attacks

How to Do: Smoke Rings, Bong Hits, and More?

The Most Popular Exercises With Resistance Bands