Home > Health > What are the benefits of taking K2 supplements? 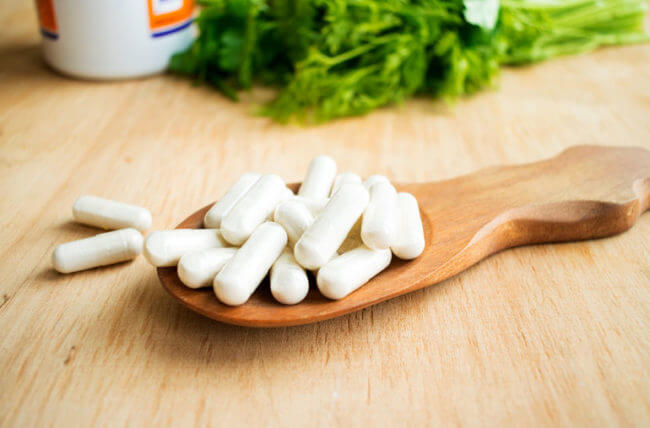 What are the benefits of taking K2 supplements?

Since the early 1930s, when vitamin K was identified, all of the focus has been on its involvement in coagulation. Although the K1 and K2 variants of the vitamin were discovered at the time, they were assumed to be minor structural differences. The unique character of vitamin K2 was only established in the twenty-first century. In contrast to vitamin K2 deficiency, vitamin K1 shortage is extremely rare. Because vitamin K2 deficiency is a possibility, it’s critical to be mindful of having a K2 supplement and its positive effects on people’s health.

The skin has two components that give it elasticity and firmness: elastin and collagen. Skin loses both elastin and collagen as it ages, as well as its youthful appearance. To prevent elastin calcification in the skin, skin cells begin to secrete matrix-GLA protein. One study looked into a hereditary condition that causes premature ageing. It was discovered that low vitamin K2 stimulated matrix-GLA protein causes elastin to calcify. Vitamin K2 may assist in preserving youthful skin by activating Matrix-GLA and avoiding elastin calcification.

Vitamin K2 activates the matrix-Gla protein, which helps to remove calcium from blood capillaries and has cardiovascular advantages. Vitamin K2 may help prevent varicose veins by preventing vein calcification, linked to the development of varicose veins. Although varicose veins aren’t necessarily harmful to our health, they can be ugly and inconvenient.

Osteocalcin, the other Vitamin K-dependent protein, may aid insulin use in the body. Activated proteins can improve insulin sensitivity, which is a major issue in type 2 diabetes. However, it should be emphasised that the research in this area is mixed; one meta-analysis on the subject found no effect.

The overproduction of some steroids, such as DHEA sulphate and testosterone, is a symptom of polycystic ovarian syndrome. According to one randomised control experiment, Vitamin D-K-calcium co-supplementation for two months reduced DHEAS and testosterone levels in Vitamin D-deficient women with PCOS. Vitamin K2’s involvement in hormone production has the potential to both prevent and treat polycystic ovarian syndrome.

Prostate calcification plays a role in the progression of prostate cancer. Vitamin K2 has been shown to lessen the prostate cancer risk by 63 per cent in one research. Taking a vitamin K2 supplement has been found to help prevent recurrence and advancement of liver cancer.

To avoid bleeding, it’s also critical to consume adequate K2 through the food or as a supplement. Vitamin K2 is a known coagulant, and a deficit can be lethal, especially in an accident. It’s recommended that vitamin K be provided before birth because children are more susceptible to insufficiency. Hemorrhagic consequences, including cerebral haemorrhage, brain injury, and newborn mortality, can be avoided. A daily dosage of vitamin K2 (100-300 mcg) is suggested for adults.

How to choose a mountain bike helmet?

The Importance Of Planters

Is It Better To Use Loc Gels for Hair

A distinction between premature haircuts and traditional hair loss

The Great Health Benefits Of Physiotherapy For Back Pain Problems 2022

Everything You Need To Know About SQL Injection Attacks